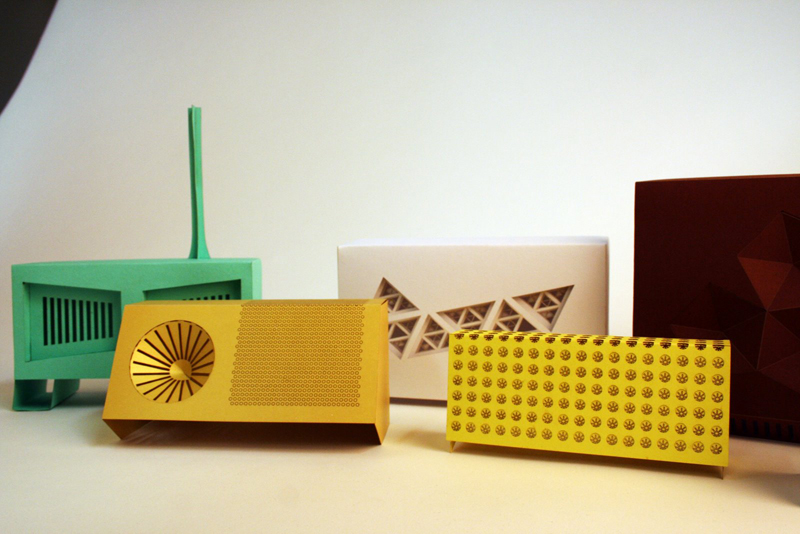 Paper lately seems to have caught the fancy of artists, designers and crafters alike. The latest fusion of paper crafts and technology is a laser cut paper radio created by Matt Brown. Equip with RFID chips, each paper radio is programmed with a preference for a particular musician or band. When placed over a speaker (embedded with an RFID reader I assume), the radios triggers the musician’s or band’s songs to play. The concept, I believe, is to bring a certain set of tangibility to the now intangible world of digital music and internet radio. 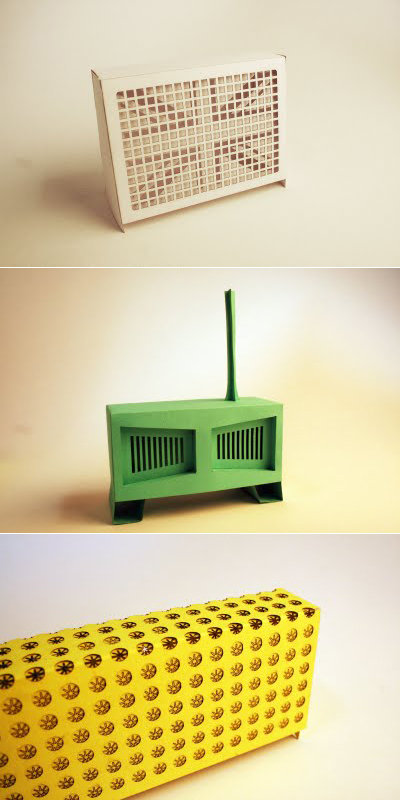 It would be pretty cool though if they weren’t all shaped like radios—I’d love to have a collection of charming paper trinkets, each assigned to a particular genre of music. via Mocoloco

Prepare to Have a Bright, Glowing Burning Man