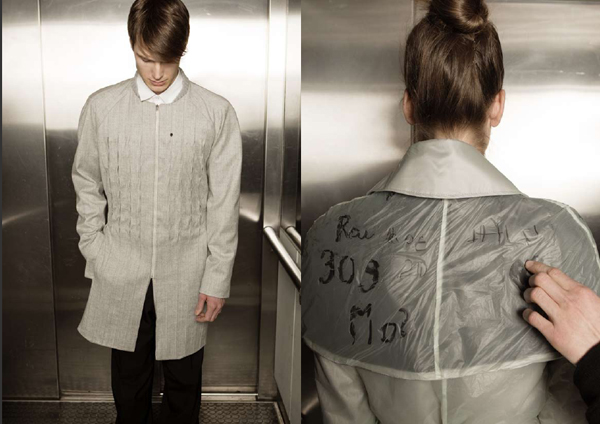 The belief that “every garment carries a certain story for its wearer” is the driving force behind Daniel Schulze’s and Hanna Wiesener’s poetic project titled “White Pages.” As part of the E-motion project at the Berlin University of the Arts (UdK), Schulze and Wiesener created two wearables that surface a garment’s narrative layer and try to make this layer visible, re-writable and readable. The first wearable is a low-tech trench coat whose surface functions as an analog message board, allowing messages to be written on the wearer‘s back. The second is a digital sweater that records an image and displays the recorded data into a flexible pleat matrix supported by shape memory technology. Watch the video below for an overview on all the E-motion projects including “White Pages.”

From Cyborg to Geek Chic, Google Glass Gets Kinda Stylish