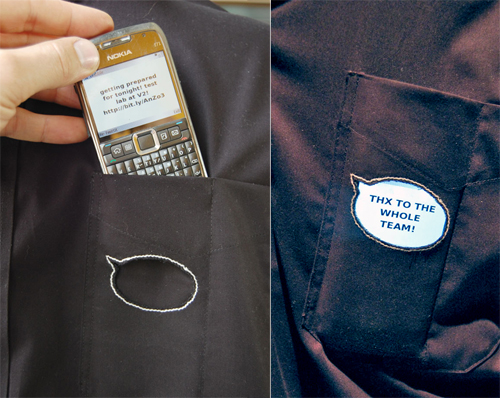 The Tweet Bubble Series is a set of four wearable prototypes developed by artist Aram Bartholl in collaboration with V2_Lab. The prototypes use technology in a unique fashion to publicly display the user’s latest Twitter post on hisher clothing. The first prototype (pictured above) is a modified button down shirt with a speech bubble cut-out that uses the screen of a mobile phone to display the message. 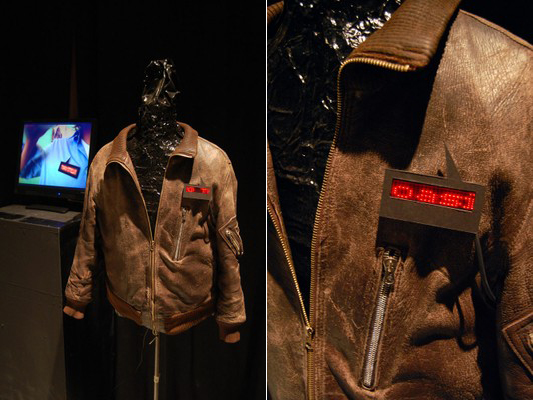 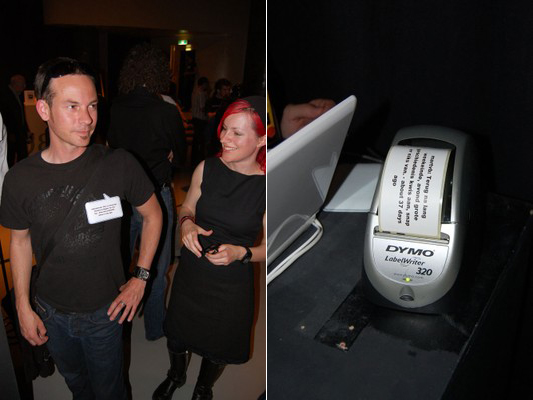 The third prototype, Paper Tweets, mixes the low tech with the high tech. Designed for conferences or other large public events, Paper Tweets use speech bubble stickers embedded with an RFID tag that is linked to a specific user’s Twitter account. A mobile team of message printers, in hand with a RFID scanner and label printers, run around the event printing people’s latest twitter feed. 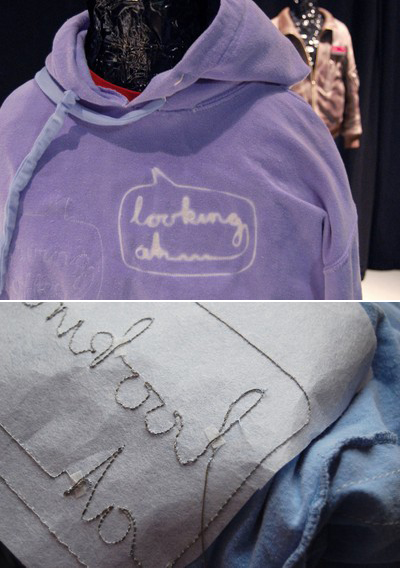 The last prototype, Classic Tweets, uses smart inks and embroidered conductive thread to transform a T-shirt or hoodie into a display. In this case, the message is not dynamic — instead the most common tweets such as “having coffee” are embroidered onto the textile. I appreciate this project for its exploration of utilizing a variety of technologies to investigate a concept. The projects are also nicely documented on the V2 Lab Wiki.