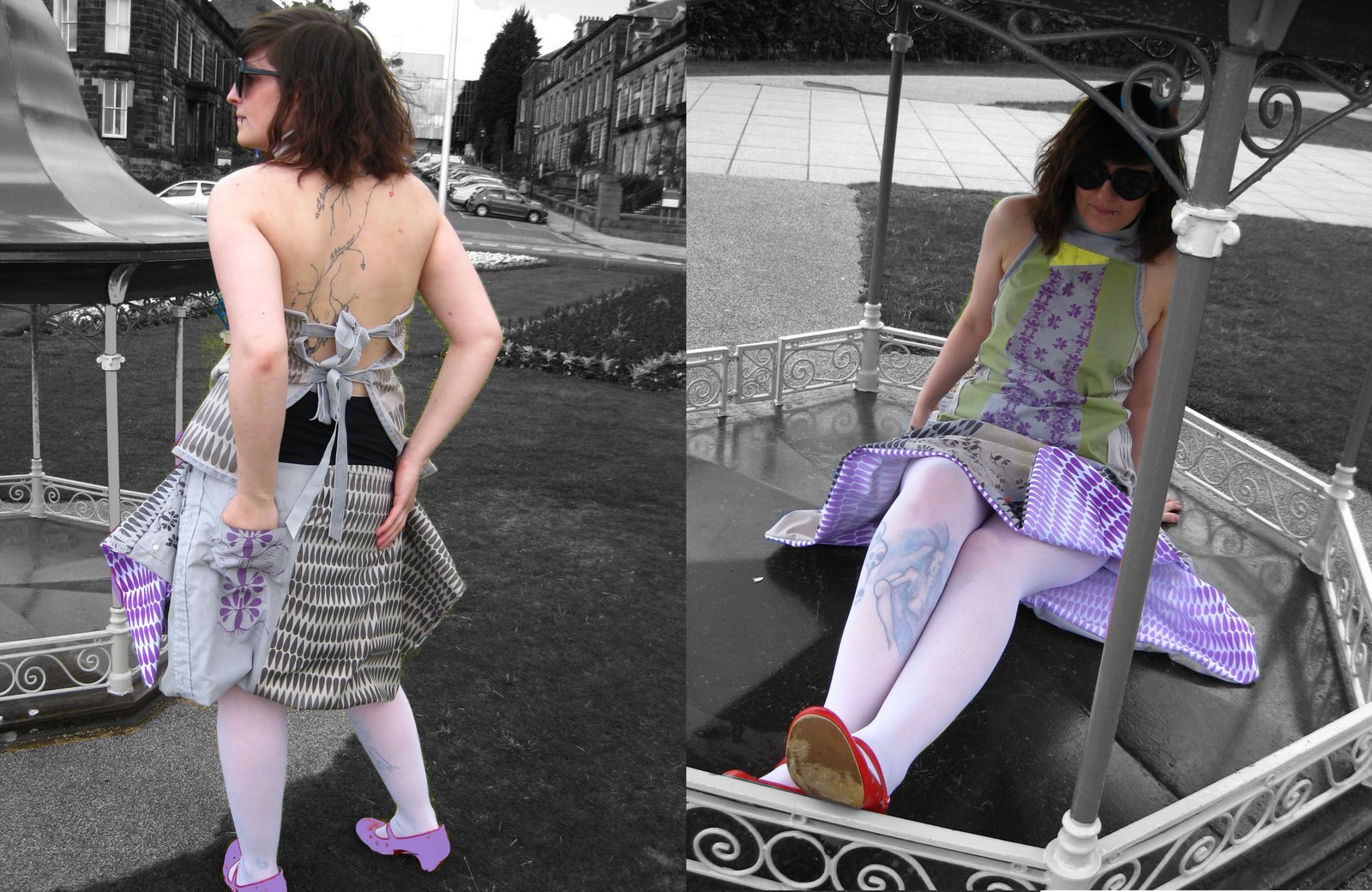 Made from recycled men’s shirts, textile designer Joanne Hodge transforms something old into something new using a palate of thermochromatic inks. 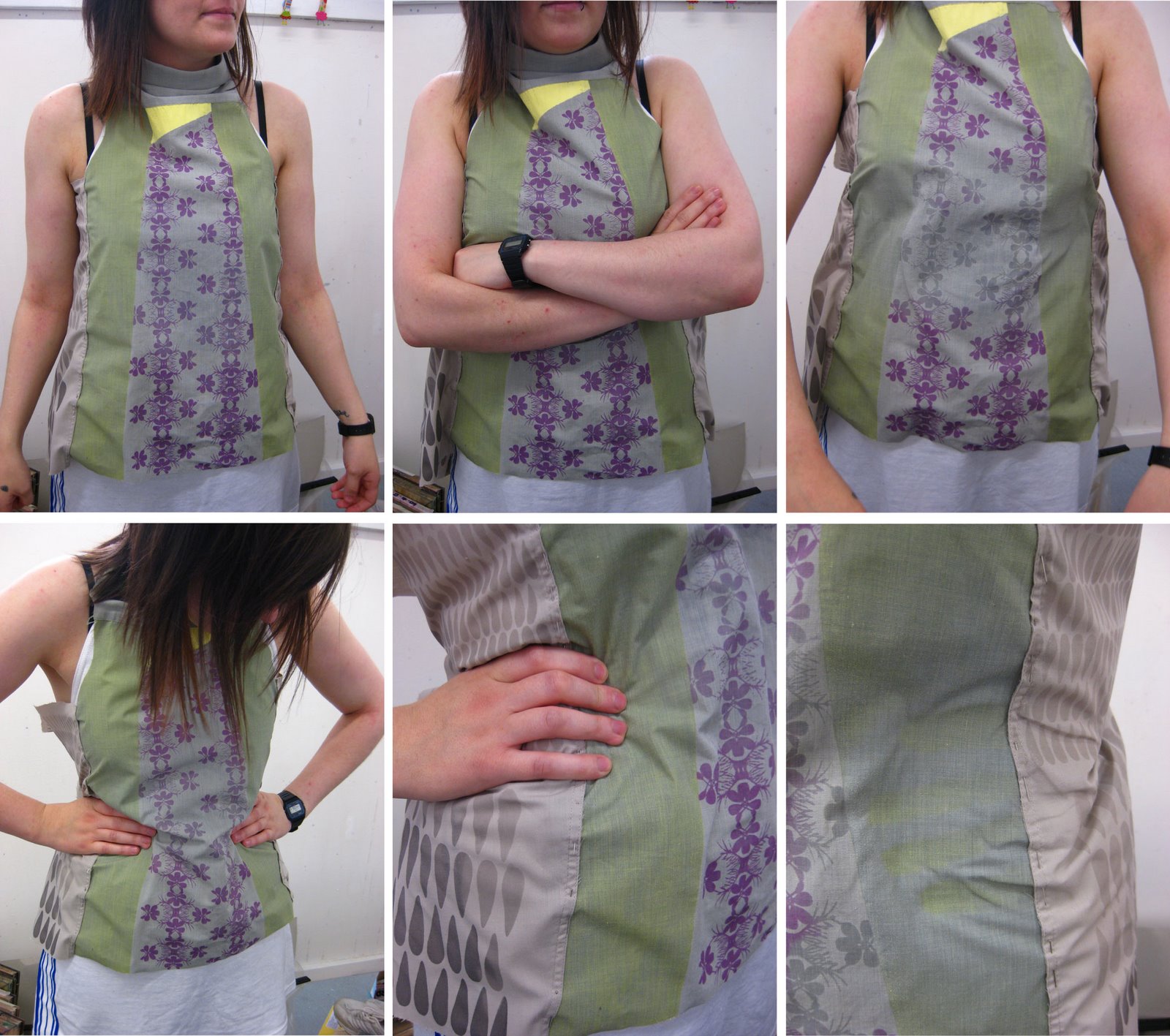 The Shirt Collar Top, printed with thermochromatic patterns, intends to make people aware of their body language. For example, if a wearer stands with their arms crossed across the chest, the pattern across the chest will desaturate.

The Shirt Skirt is created using both thermochromatic and photochromatic patterns. Like the Shirt Collar Top, the Shirt Skirt aims to make people aware of their body language but it also calls attention to how an individual moves. The skirt is designed to be directly interacted with — playing with its shape with the array of buttons.

The concept behind this nicely developed prototype is to create a curious outfit that requires both active and passive interaction with the garments itself. The garment passively changes with exposure to heat and sunlight but it can also be actilve transformed by interacting with the textile directly or altering its form using the buttons.

This is Luxe: Fashioning the Apocalypse