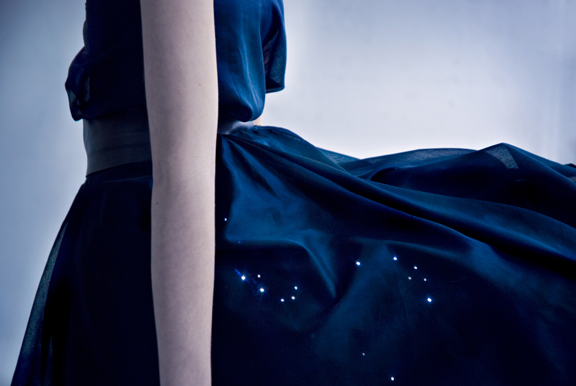 Designed by fashion student Mareike Michel, Klight is a motion-sensitive LED dress that senses the wearer’s movements and converts the dynamics into a light pattern. What makes Klight rather unique is the LED display made from a new stretchable, circuit board developed by Fraunhofer IZM. 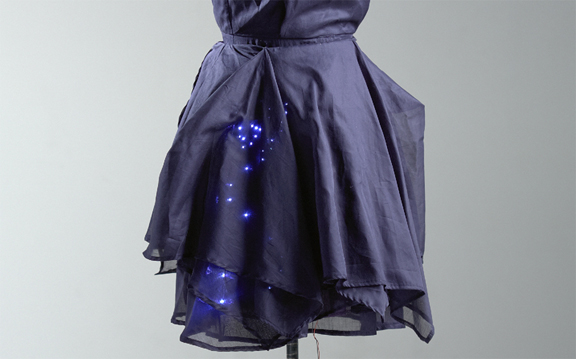 According to Fraunhofer IZM, the biggest problem in assembling such circuit boards is connecting the flexible substrate to the rigid individual components (diodes, driver ICs, etc.). This is, of course, a problem that belies all types of soft circuits. They’ve resolved the problem by suppressing the elasticity at these points with stops that are structured into the copper around the components. Conventional materials and processes such as low-temperature soldering, conductive adhesion, dispensing and injection molding are used for the assembly and subsequent encapsulation. Unfortunately, I could not find a visual of IZM’s stretchable circuit board but stay tuned this week as I will be covering the current research and developments in stretchable circuit technologies. via Talk2MyShirt

ZIP: A Stylish Take on an MP3 Player Hoodie