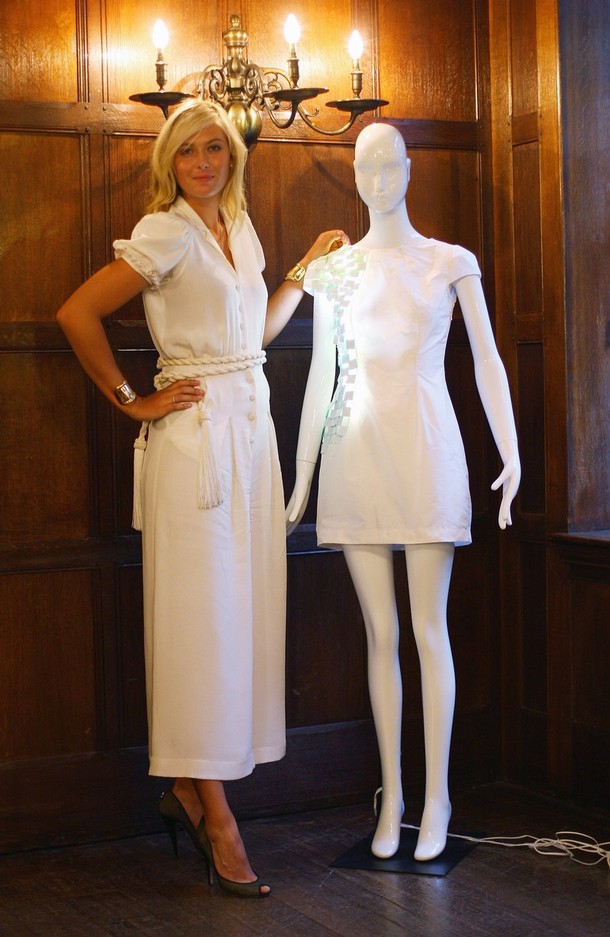 British fashion student Georgie Davies, in collaboration with Sony Ericsson, designed and developed a working prototype of a dress that animates and lights up when you receive a call. The dress is designed to wirelessly connect to a phone via bluetooth. When the wearer receives a call, the translucent white scales that embellish the dress move and light up. I’d love to see the movement of the scales but unfortunately I could not find any video footage. Also from the looks of all the wires coming out of the mannequin, the prototype isn’t very wearable considering it needs to be plugged in. As you may have noticed, tennis star Maria Sharapova modelled off the dress to photographers and a crowd of passers-by from the window of a luxury store in central London. via Current