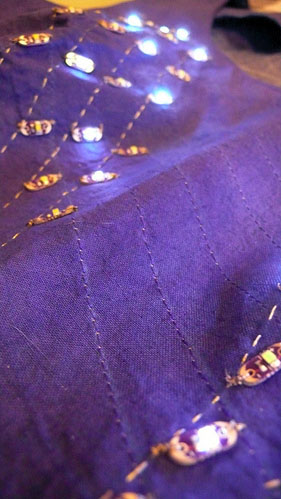 From her flckr posts, it looks like the dress was made using the Lilypad LEDs and programmed with the Lilypad Arduino. It’s wonderful to see these fantastic tools developed by Leah Buechley in action. I have an inclination that we will only see more and more high tech costumes embraced by musicians and performers in the near future. What a fun gig!!

Iron On technique for Fabric PCBs