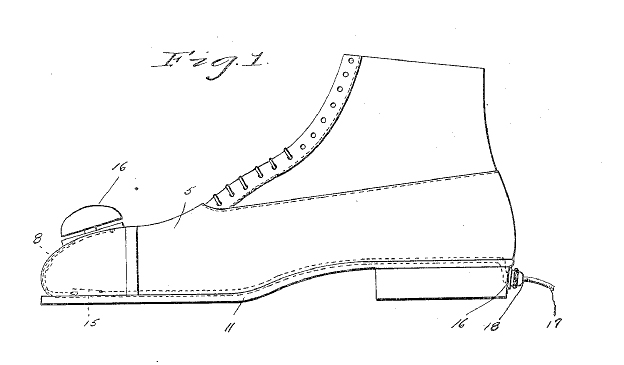 The first patent that I could find of a musical shoe dates back to Jan 1930. As depicted by the patent illustration above, the patent was for a noise producing dancing shoe that could be turned on by a switch on the back of the shoe. 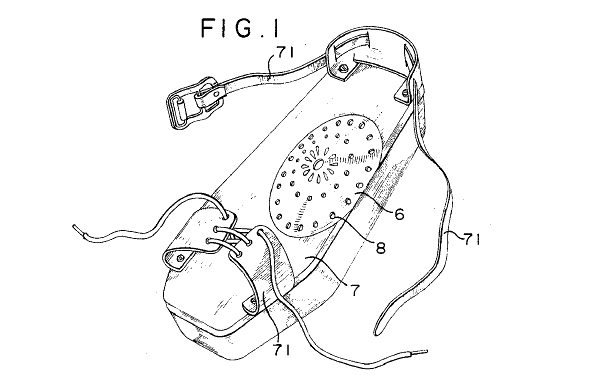 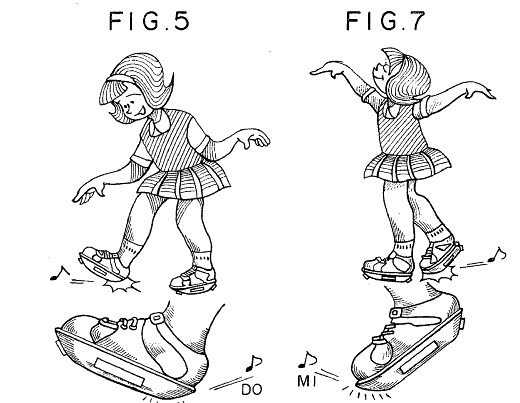 In 1977, Hsing-Ching Liu invented a musical shoe for children. This particular variation would emit various notes in accordance to the different pressure switches placed on the sole. This shoe was designed as novelty for children. Unfortunately, my search attempts did not reveal whether or not this invention ever made it into production. 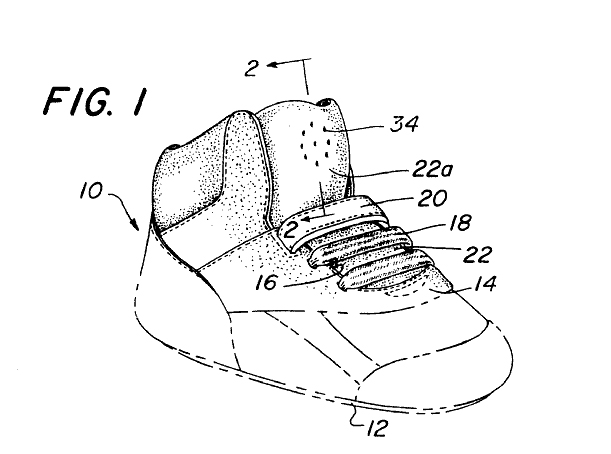 Nearly a decade later, inventor Young J. Kim patented an athletic shoe that would emit melodies. The speaker was embedded in the tongue of the shoe. 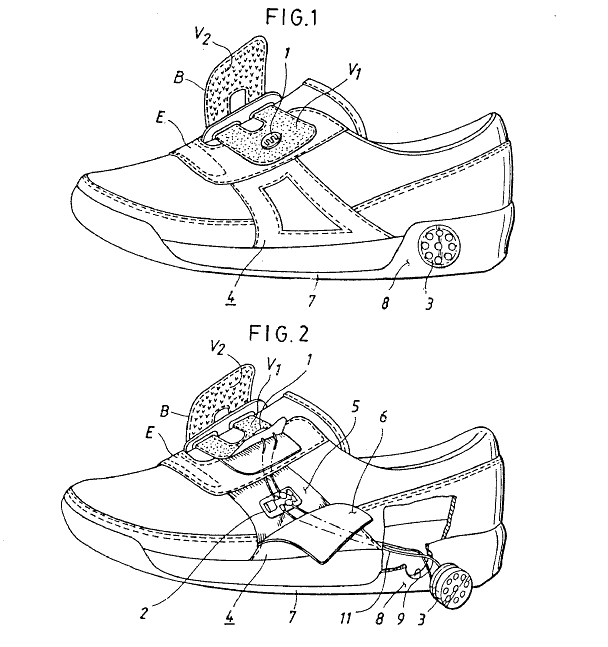 Twenty years later in 2007, Inventor Rudy Guzman adds to Kim’s invention by spicing up the shoes with an LED array and motion sensor. 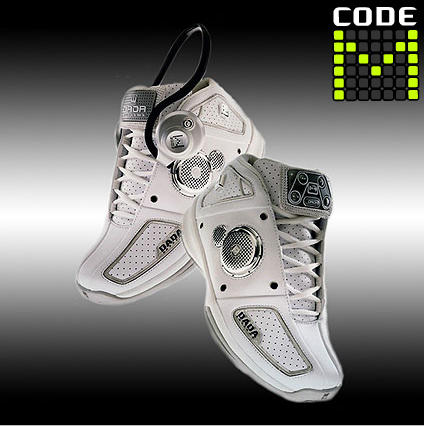 There were a lot of various iterations in between, of course, but the only shoe that I could find that is currently available on the market is Code M by Dada Supreme. For its first version, the Code M System is essentially a “boombox” worn on your heels. It holds up to 100 songs that can be uploaded via a USB port on the side of the shoe. It looks likes these folks are working on a second version of an MP3 player shoe that will wirelessly deliver music to a set of headphones. This appears to be an attempt to eliminate the need to carry an MP3 player. 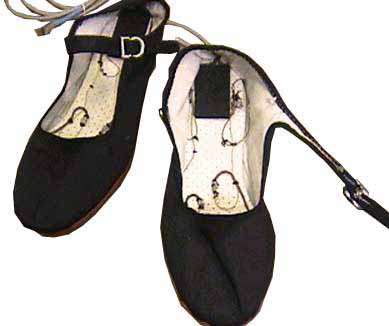 As for the DIY versions, Katherine Moriwaki, back in 2000, made a pair of Music Shoes as her first foray into wearable computing. Using soft circuit techniques, Katherine’s circuitry was stitched directly into the shoes and she used the snaps as a means to conduct electricity. In 2008, Andrew Schneider made a rather impressive wireless motion-sensing gloves and shoe system to control sound effects and music. Enjoy his video below. This by no means is an exhaustive list as I found a number of other interesting and quirky iterations — but it’s getting late and this post is getting too long.