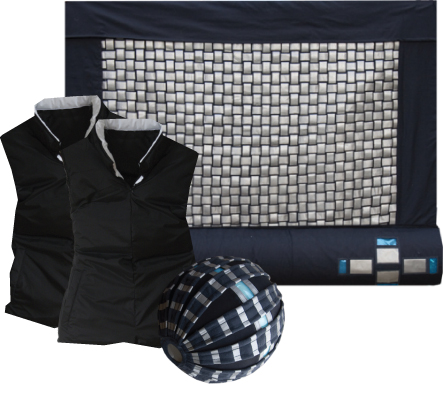 Winner of the Cologne Design Award, FiiWA (Freedom in Interactive Wearable Art) designed by Tracy Gromek combines interactive wearable technologies with sports to develop a suite of sporting equipment for the visually impaired. FiiWA system consists of a sensor vest, an electronic ball, Lyrca arm bands, and an electronic goal. The gaming system uses sound, vibration, and light cues to orient and guide players through the play area. How the System Works 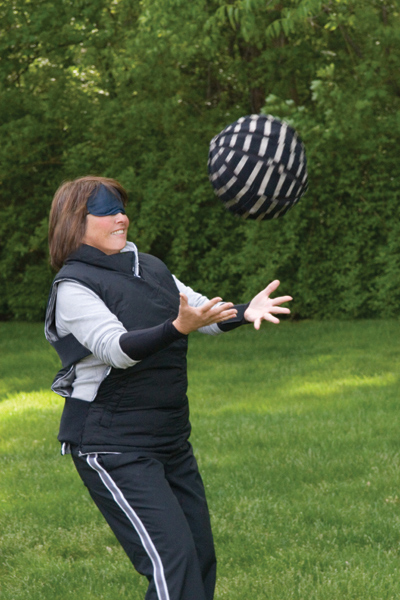 The FiiWA ball is a 10″ soft illuminated ball that uses sound (and light) cues to alert the player of its location, status and speed. Changes in pitch alert players of the ball’s status and speed. The ball emits a constant low tone while stationary, increasing its pitch as it moves faster. When airborne, it produces the penultimate high note and reaches its highest note when it comes into contact with an obstacle. The lights work in a similar fashion, moving around the ball in accordance to the ball’s speed and changing from blue-green to red when airborne. 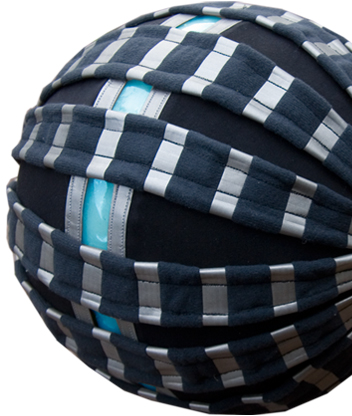 The textured surface of the ball along with the armbands enable the players to catch the FiiWA Ball (when the ball hits one of the armbands, it sticks) with ease. At the core of the system is the sensor vest. The vest detects and steers the player clear of obstacles in the player’s path (whether objects of people) using patterned vibrations. It is also smart enough to alert the player of the distance between him and obstacle, whether the obstacle is a player, and that player’s team affiliation. A separate signal around the waist orients players, informing them of the goal’s location in relation to the direction they are facing. 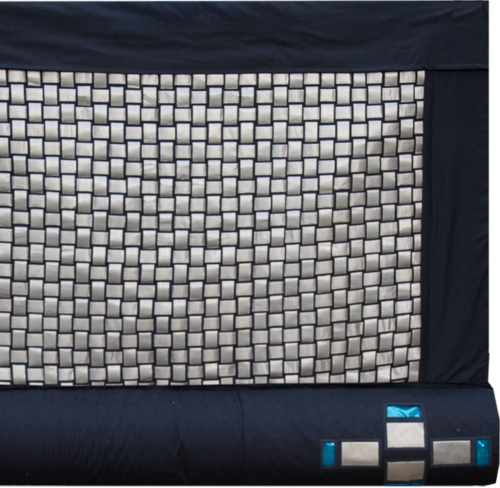 The FiiWA Goal itself works with the FiiWA ball. When the ball hits the goal, a short tune notifies players that a point has been scored. Why is this important? Projects such as FiiWA indicate that the field of wearable computing is maturing. Unlike much of its predecessors, FiiWA is a complete system that integrates wearables with other tangible objects and the environment. The work is also developed for a very specific context: to “empower those with visual impairments to overcome the barriers of sensorial deficiencies and to realize new levels of independence.” A similar project more in the DIY vain is Lynne Bruning‘s Sonar Garment. Eric from TalktoMyShirt has written a nice writeup on the piece worth reading.